The day after Kathryn and Neill’s wedding we went into the city of Amsterdam and shot some pictures at the canals. We then found some windmills, and ended up driving across the entire country of Holland (only took an hour to get to the west coast) to the North Sea where she trashed her dress (but did not ruin it) in the water! 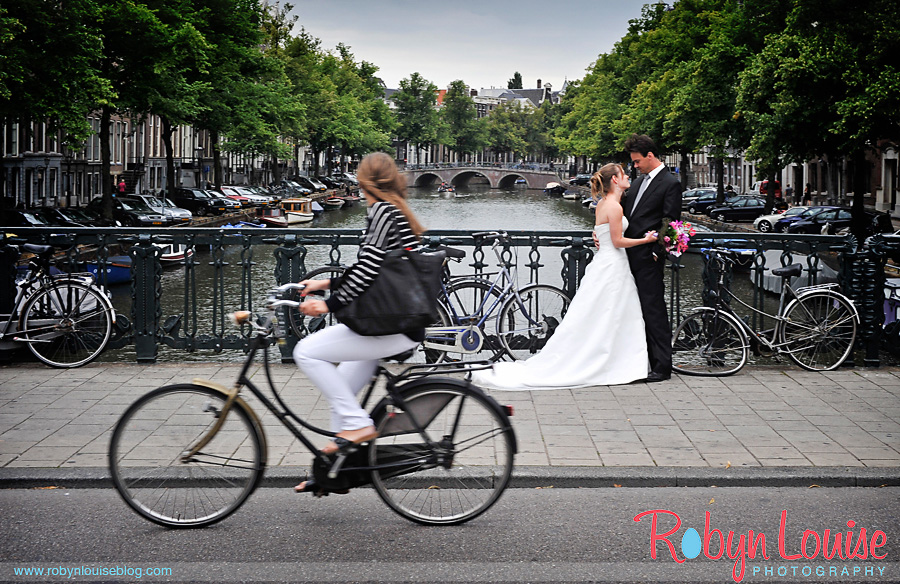